The best of two technologies

Upgrade your lead-acid battery to a lithium hybrid system The intelligent lithium battery to combine with lead

The lithium extension battery LE300 can simply be connected to the plus and minus pole of the existing 12 V lead-acid battery. Unlike switching to pure lithium batteries, no charging technology needs to be changed. True plug & play makes it easier and safer to expand lithium capacity to experience self-sufficiency and travel freedom anew.

Designed to discover the world 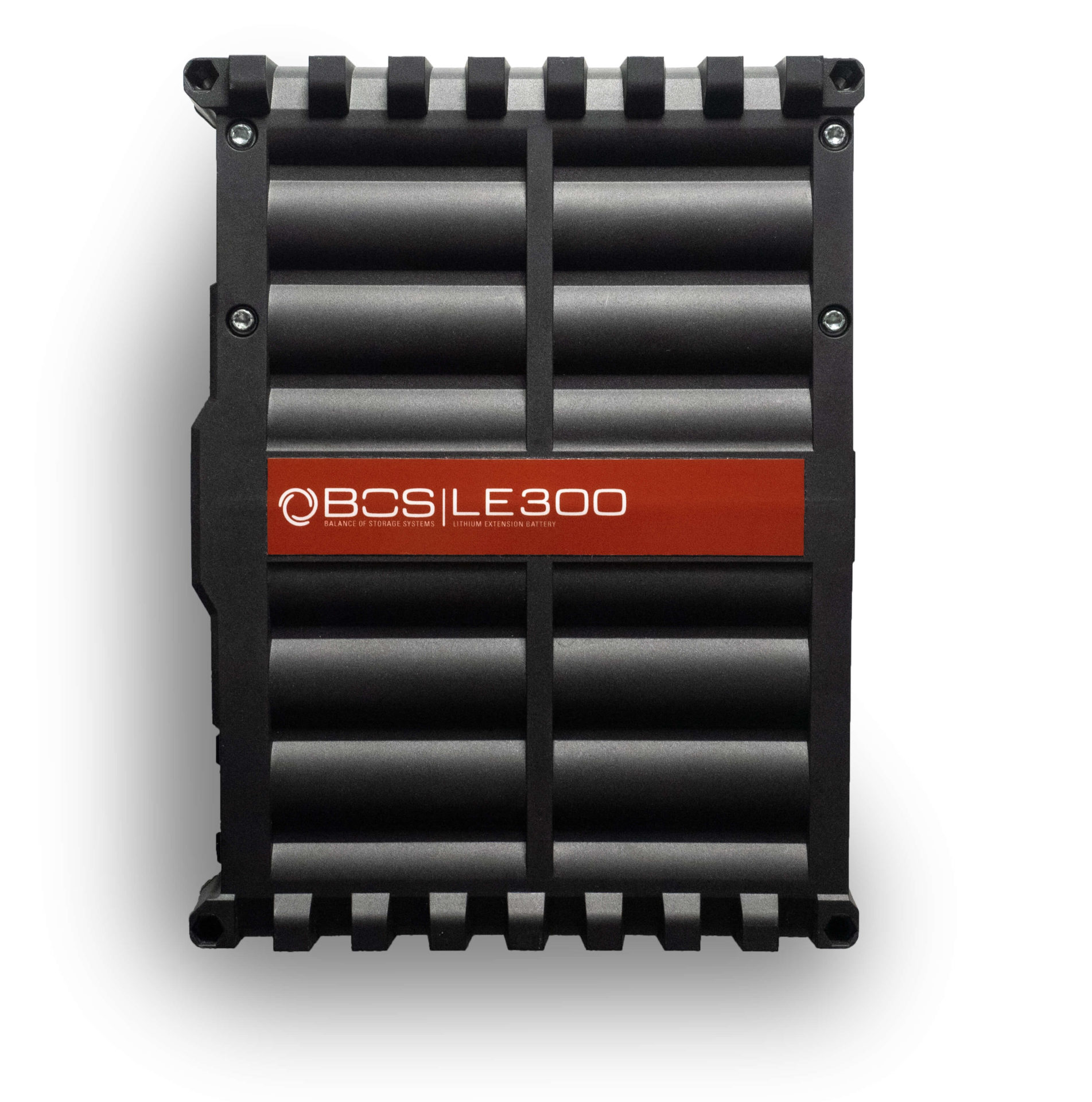 Quality made in Germany

Smart Battery Systems are engineered and manufactured in Germany, with a passion for quality in every detail. The LE300 can compete with the highest safety standards. Consequently, it holds a wide range of certifications, including the E1 mark for secure use in motor vehicles. The LiFeP04 high-performance lithium cells are rated among the safest in the industry and are fully tested by engineers before installation. Protected by a range of safety mechanisms such as overcurrent, overvoltage, short circuit, deep discharge, and wrong polarity protection.

The integrated high-performance BOS battery management system takes care of protecting and balancing the lithium cells while monitoring the lead-acid battery. The patented hybrid technology uses advanced algorithms to optimize the use of capacity and charging cycles of both batteries in the long term.

Extended lifetime up to 10 years

In normal lead-acid systems, batteries often fail within one to three years due to limited cycle life and sulphation caused by continuous operation without a full charge. The intelligent distribution of loads and capacity in the LE300 solves these problems and extends the life of all batteries to up to 10 years.

When using the latest LiFePo4 lithium cells, safety clearly comes first. Due to the compounds structure, the cells are thermally and chemically absolutely stable and do not deform in any way, preventing them from igniting or exploding. Therefore they are considered the safest and longest-lasting lithium cells on the market and have the highest reliable cycle numbers. 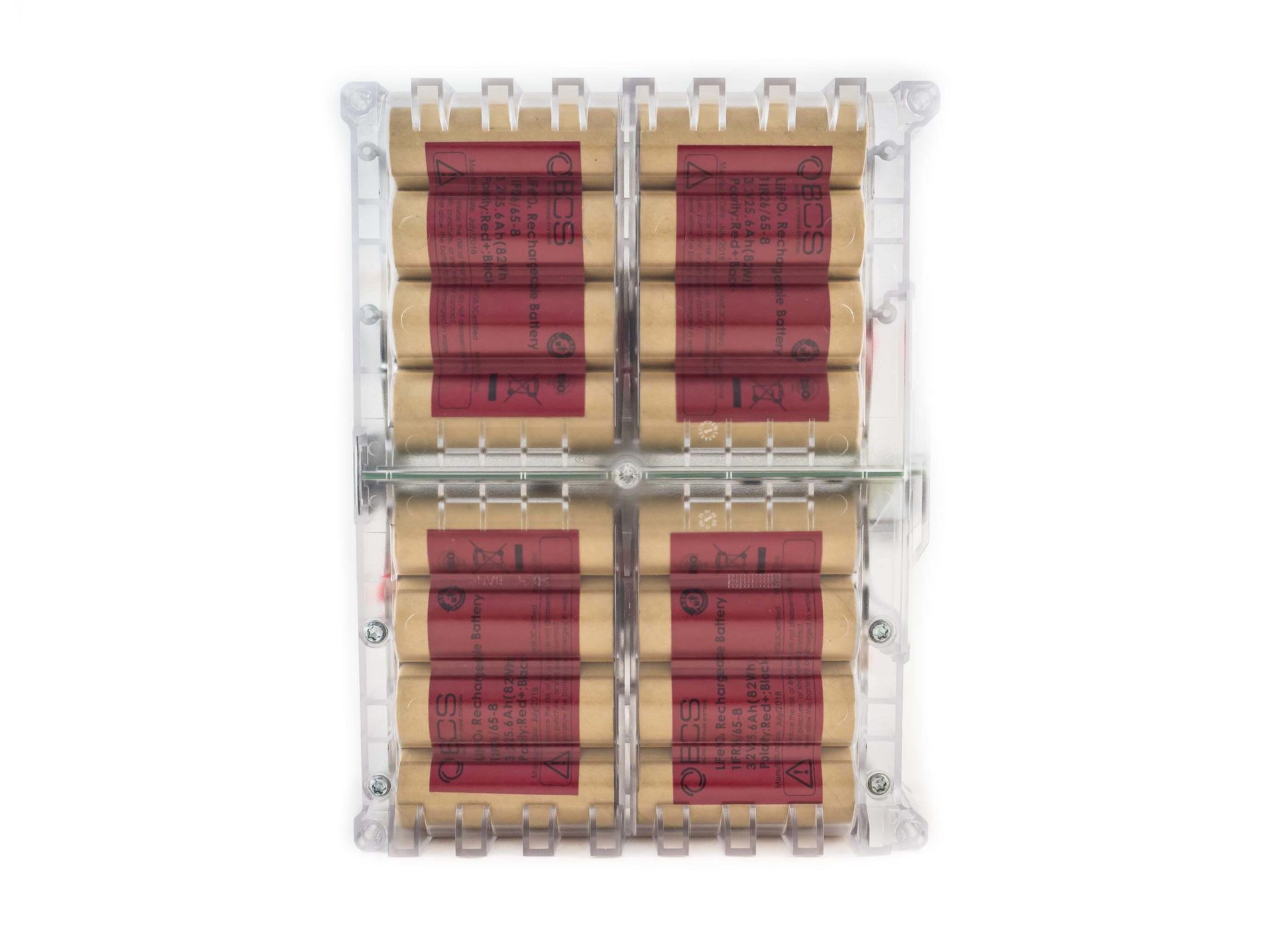 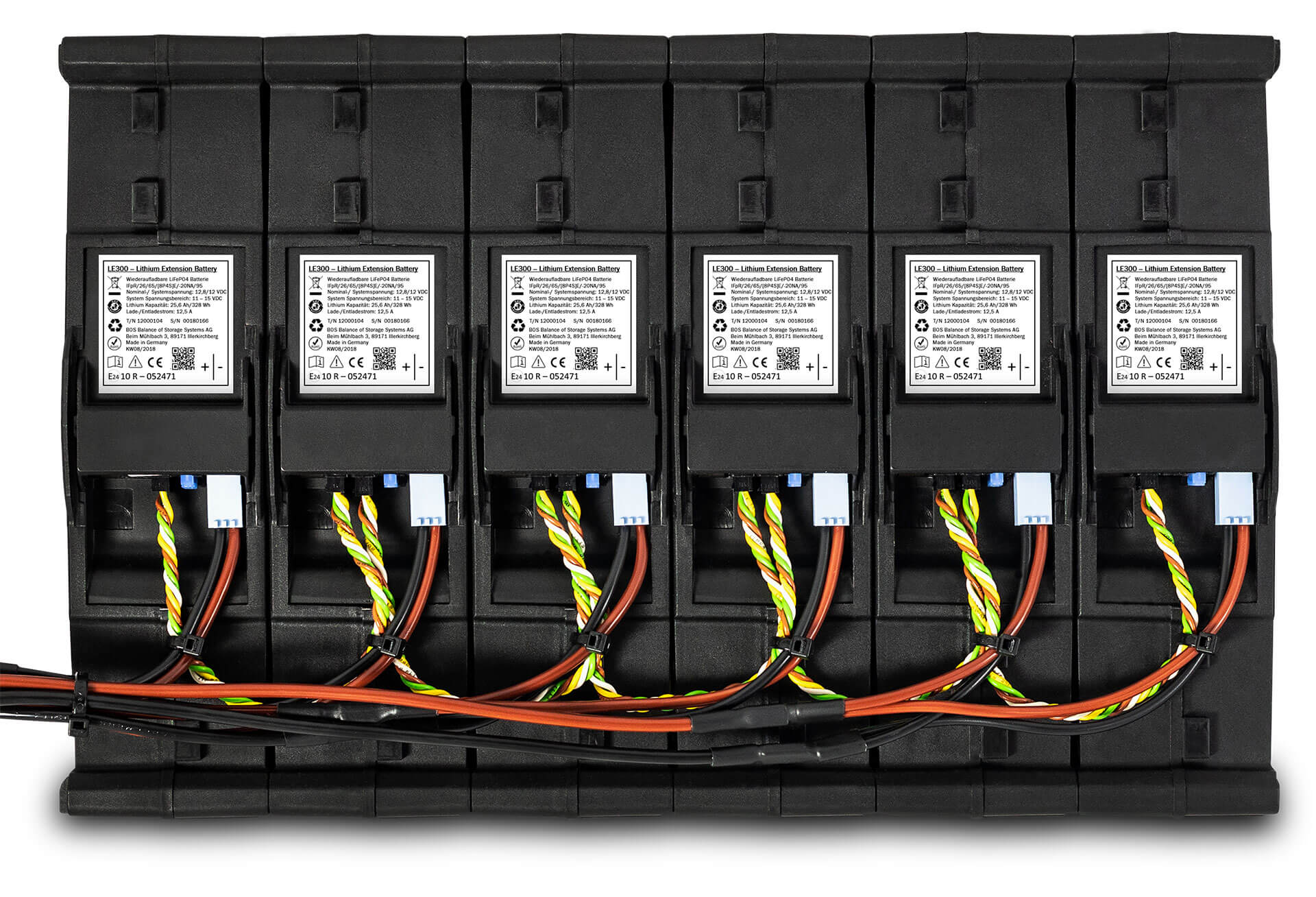 Modular systems are to invest little but dream big

The intelligent battery system shows its true strength when several LE300 modules are combined. The increased capacity changes the possibilities of traveling to undiscovered places and enables more independence and freedom than ever before. Multiple LE300s are easy to connect to each other. Even though life and needs may change, more modules can be added in the future.

Much effort is invested in redundant power supply, but the failure of the only battery management system remains the major weak point. In the BOS Smart Battery System, each LE300 module has its own built-in BMS. This ensures that the power supply is redundantly covered by multiple backups.

Winterproof down to -20°C

Enjoy cozy hours inside the warmth while the battery masters the freezing cold. Thanks to integrated cell heating in combination with a temperature sensor, the LE300 Smart Battery System can be used even in sub-zero temperatures without damage or energy loss.

Furthermore, for overwintering, the Smart Battery System keeps the attached lead-acid battery fully charged for months. This allows the system to be carefree during the winter without causing irreparable damage to the lead-acid battery, due to deep discharge. 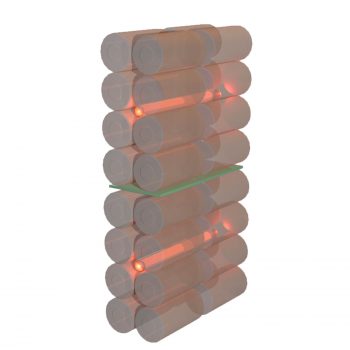 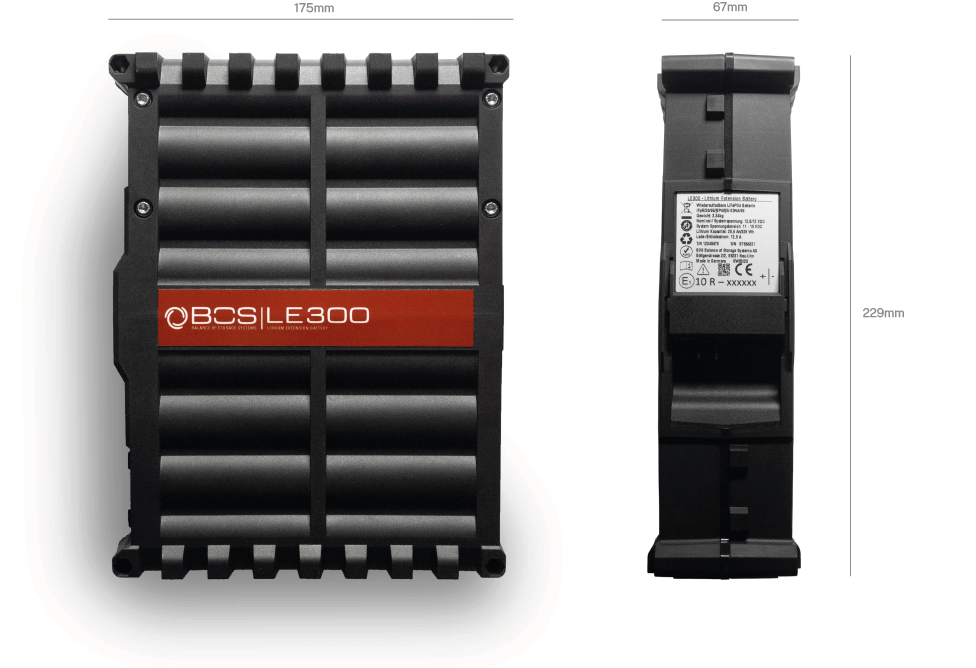 A LE300 saves the last gram, which brings enormous weight savings compared to a pure lead system. In addition, the compact modules can also be installed separately from each other in small spaces. No matter if lying, standing, or overhead, if space is valuable, these options are superior.

This website uses cookies to improve your experience while you navigate through the website. Out of these cookies, the cookies that are categorized as necessary are stored on your browser as they are as essential for the working of basic functionalities of the website. We also use third-party cookies that help us analyze and understand how you use this website. These cookies will be stored in your browser only with your consent. You also have the option to opt-out of these cookies. But opting out of some of these cookies may have an effect on your browsing experience.
Necessary Always Enabled
Necessary cookies are absolutely essential for the website to function properly. These cookies ensure basic functionalities and security features of the website, anonymously.
Analytics
Analytical cookies are used to understand how visitors interact with the website. These cookies help provide information on metrics the number of visitors, bounce rate, traffic source, etc.
User experience
User experience coockies help us tailor the site to the visitor so that they have an enhanced experience tailored to them. This includes the correct setting of the language, adaptation of the content according to geo-data and more.
Advertisement
Advertisement cookies are used to provide visitors with relevant ads and marketing campaigns. These cookies track visitors across websites and collect information to provide customized ads.
Save & Accept